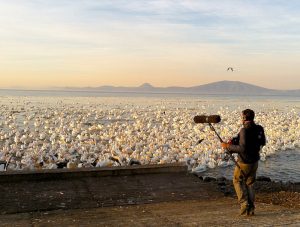 Mexican (1982). Sound artist, experimental musician and sound engineer. Since 2002 he has made soundscape recordings in 30 countries, especially in Mexico and India. All his sound work is made up of editions and manipulations of these own recordings, mainly sounds of rituals, traditions and nature made in indigenous towns of the American and Asian continents. He has collaborated with Fonoteca Nacional on the soundscape projects “Pueblos Mágicos” and “Chihuahua” making field recordings. He has given concerts at Fonoteca Nacional, Casa Del Lago, Aire Libre and Laboratorio Sensorial. His sound pieces have been exhibited at international sound art festivals such as Walking Festival of Sound, Muslab, Sur Aural and Visiones Sonoras. He has record sound for more than 40 feature films and multiple documentaries for international networks such as National Geographic, Netflix, Discovery, BBC, Disney, PBS, MTV, including projects for Darren Aronofsky, Roger Corman, Paul Leduc, Gael García Bernal. 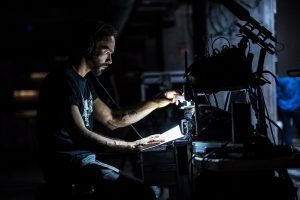